The Maryland Wool Pool was suspended in 2017 (read full article). From it’s heyday when over 100,000 pounds of wool were brought to the Maryland pool over 2 days, to more recent years when it has been less than 30,000 pounds, we’ve seen the demographics of wool production and sales in Maryland and the region evolve. The number of MSBA members who have taken advantage of the Wool Pool has decreased, the volume of wool has dropped, but the resources needed to conduct the Pool have not decreased. The availability of volunteers – including those who are qualified to run the wool presses – has waned significantly as well. For the last several years the majority of the volunteers have not been users of the Wool Pool.

The decision to suspend the Maryland Wool Pool for 2017 was made by the MSBA Directors, along with: 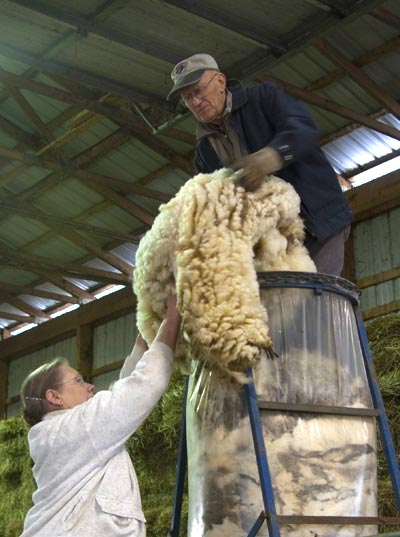